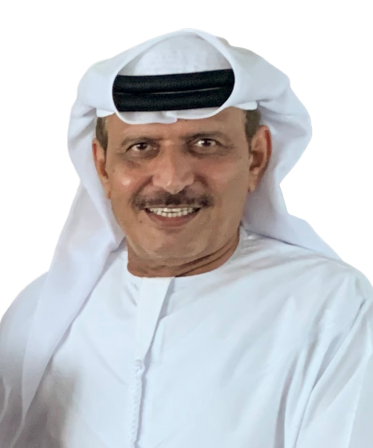 Mr. Buamim is the founder and chairman of KB investments-uae which is a conglomerate operating in several sectors including oil & gas, energy, navigation and industry.

Mr. Buamim is a board member of Gulf Craft Inc and was the former Board Member and MD and Group CEO of Gulf Navigation Holding PJSC and the Board Member of Drake and Scull International PJSC. Mr. Buamim is the Chairman of the Dubai Council for Marine and Maritime Industries, the specialized industry council formed to promote the interests of the offshore and maritime industry in Dubai and the UAE. He is also Chairman of Arab Association for Petroleum Professionals (AAPP), for the professionals in the oil and gas industry in the Middle East and the world to connect, network and collaborate to tackle major challenges facing the industry. In addition, he is the Chairman of the Federal Committee for the Revision and Update of the UAE Maritime Law, the committee was created to review and update the UAE Commercial Maritime Law and formulate a new & futuristic law that will propel and govern the ongoing potential growth of business and the maritime industry in the UAE and the region.

Mr. Buamim is the former Chairman and Chief Executive officer of Drydocks world and Maritime world and Chairman of the Board of DDW-PaxOcean Asia PTE Singapore and has successfully led the organization through its restructuring during the global financial crisis. His leadership and direction have been instrumental in the company being able to acquire several pioneering projects on a global scale. This leadership has seen the company move from close to financial failure, create major synergies, recognize potential and place the organization firmly on a path driven to sustainable profitability and growth.

Mr. Buamim is a Leading veteran in the oil and gas industry worked with Conoco and ConocoPhillips for 26 years and held various corporate and management positions, including vice president of Dubai oil company, a subsidiary of ConocoPhillips in the United Arab Emirates. He was also the President and CEO of Regional Clean Sea Organization (RECSO) the oil industry environmental arm in the Gulf region.

Mr. Buamim is involved in a number of leading private & public organization, he is member of the Dubai Government Crises and Disasters Management Team, member of the Advisory board of Emirates Classification Society (Tasneef), Vice Chairman of the Federal Transportation Authority Technical Committee, Advisor to the Career Gulf Development and Senior Advisor in the Middle East and North Africa- Business strategies & International Energy.

Mr. Buamim has won many Awards and life time achievements, including being recognized as the most influential maritime top 50 personalities in the world by Tanker Shipping & Trade magazine of London 2015, The Maritime Standard Hall of Fame 2016, H.H sheikh Mohammed Bin Rashid Business Award 2014, The Tatweej Personality Award for leadership, management and business 2014, The "Outstanding Lifetime Achievement" award from Lloyd's List London for Business 2014, The year personality award in the field of marine and maritime industry by International Ships Techniques 2013, Sword of Honors from the British Safety Council “ London 2014, The International Prize in Human Resource Management, The Archimedes Achievement Award "for excellence and exchange of knowledge" - United States of America and many others.

Holds Bachelor of Business Administration and Economics - United Kingdom and the National Administration degree in Crises Management and incident Command - United States of America and the High-accreditation on international human resources management (IPM) & a Credited executive in Mergers, acquisitions and transformation including corporate restructuring, finance and growth. 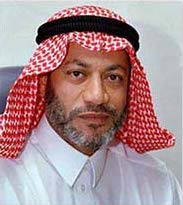 Mohammed is a Chemical Engineering Graduate of New Mexico State University, Las Cruces USA 1981. He attended the Executives Program at the Penn State University in 1995. 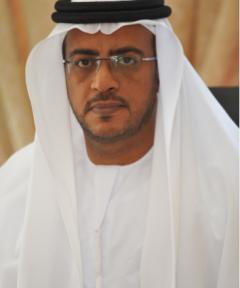 Fahmi Mukhayer is one of the Emirati co-founders of Al Huqooq law Firm - Abu Dhabi & HLP Dubai , with an extensive experience in legal , insurance and maritime contracting matters. He has been acting as counselor of ZADCO, an operating subsidiary of ADNOC. He ensures that the company has the adequate direct insurance coverage and reviews all ZADCO insurance policies and negotiates on behalf of the company with all existing partners to improve existing terms and policies, and from 2010 till 2012 acting as Director of legal Affairs at NATIONAL TRANSPORT AUTHORTY. 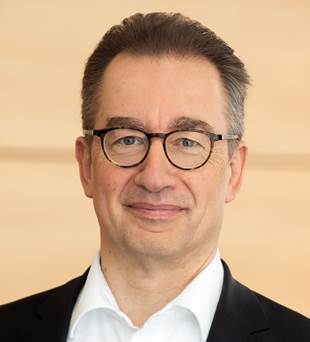 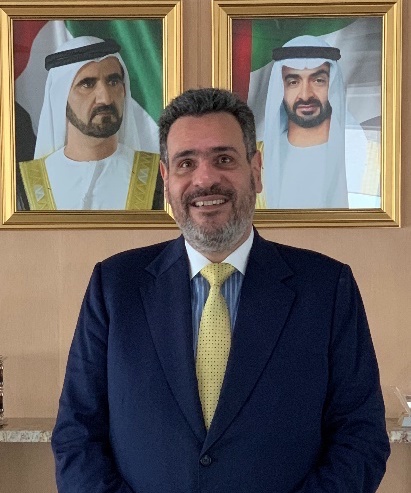 Nicholas Kairis an active business and legal counsel to enterprises for almost twenty-one years, in Greece, Germany, Cyprus, the U.A.E. and the U.S. Member of the Athens Bar Association since 1998 and having established his own law firm in 2004 his fields of activity have been banking, financial and international trade law and respective transactions and derivatives, both OTC and within commodities’ exchanges, with a special focus in regard to compliance and regulatory for various financing structures, collateralization of commodities, corporate bonds and IPOs in various jurisdictions. He had many years of collaboration with the Moratis – Passas Law Firm, which was functioning as outsourced legal counsel to both Citibank N.Y. in Athens/ Greece as well as Laiki Bank in Athens. He was also able to also assist operations in the U.S. regarding issuance, underwriting and legal opinions on securities. Holds post graduate studies diploma from the Law Faculty of the University of Heidelberg in the fields of international arbitration and participated to seminars at the University of Strasburg in the fields of corporate law. Has taught specific legal contractual forms and maritime financing at the Hellenic Shipbrokers’ Association’s seminars. Speaks Greek, English, German and French. 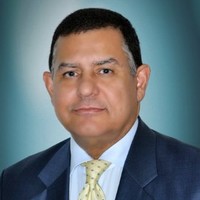 Capt. Gamal Fekry is a Master Mariner and has nearly 42 years of experience in the shipping industry. He served three years as managing director at Red Sea Marine Management before he was appointed CEO and member of the board of directors in 2014. Capt. Fekry spent the first 24 years of his career with Kuwait Oil Tanker Company, progressing from cadet to fleet manager for the LPG and products fleet. His next posting was at British Petroleum Shipping in London, starting as global manager ship vetting, moving to manager vetting and clearance. He served with BP for 11 years during which he was the regional manager for marine assurance (Middle East) and seconded to The Supreme Petroleum Council of Abu Dhabi as a marine manager, where he set up and established the ADNOC Vetting Department. 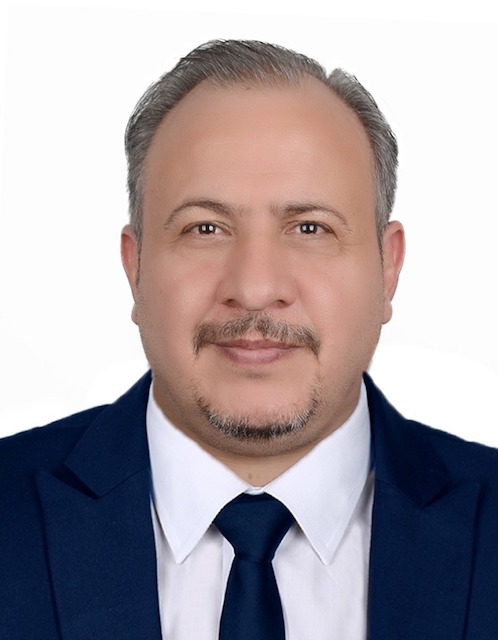 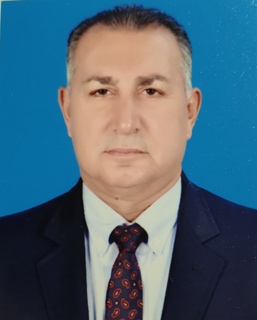 Proven success in new market identification and strategic positioning for multimillion-dollar projects in other fields, including hospitals, infrastructure, and oil & gas projects.

Have worked in all the above businesses for more than 40 years with track record of success. Well-connected in these industries, possessing a wide range of contacts with ship builders, repairers, suppliers, and other maritime bodies on international levels expanding from Far East to Europe and USA.

Originally a maritime Chief Engineer certified from South Tyneside College in the United Kingdom, with 15 years’ experience at sea, including 3 years sailing as Chief Engineer. In 1990 moved from working at sea to operating ships from the office. During this time, was in charge of Engineering, Operations, Personal, QHSE, and other major projects (ship building and civil projects). 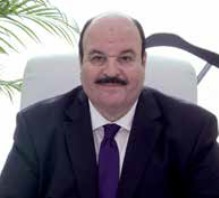 Lead and Managed the entire award-winning new building projects which is one of the industry’s largest and most technologically advanced new building programs, worth over US$ 2.4 billion, six 18,800 TEU and eleven 15,000 TEU containerships. These vessels are the first ultra large, world greenest, LNG Ready container vessels.

Formed the Entire advanced & innovative Technical specifications of the 17 Mega New Building Vessels which was first new technical concept to Shipyards to comply.

Achieved by good negotiation with Shipyard to sign the new building contract less USD 40 Million than competitor signed contract for same type & size of Vessels even with higher technical specifications. 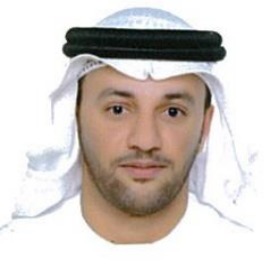 High level communication skills with experience in liaising with internal and external stakeholders. Effective utilization of computer applications and databases to accomplish tasks. Proven skills in managing projects with experience in providing executive support to committees. Demonstrated ability to manage varied and conflicting demands to agreed standards and timelines, using a pro-active attitude.